Nuclear engineer says Fukushima is “as close to hell as I can imagine,” contamination will linger for decades 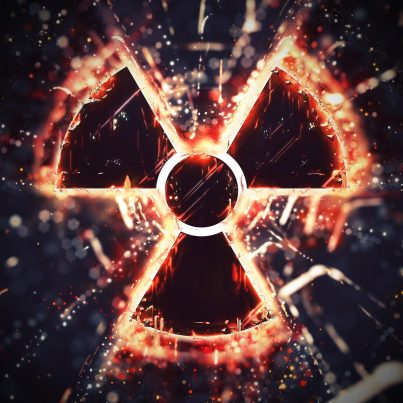 The devastation imparted by the Fukushima meltdown in 2011 is still in effect, and it’s likely that the radiation from the nuclear power plant will be in our environment for a very long time. Recent reports have indicated that the level of radiation at the disaster site is still unbelievably high, such that cleaning up the area is expected to take at least another forty years. Honestly, the word “disaster” hardly seems descriptive enough for the toll Fukushima has taken on the planet.

Former nuclear engineer Arnie Gundersen doesn’t beat around the bush when discussing the enormous catastrophe that is the Fukushima nuclear accident. In a late February interview with the BBC, Gundersen explained how things could potentially get worse as workers try to get closer to the nuclear reactors. (RELATED: Keep up with the latest news on Fukushima at FukushimaWatch.com)

“As they get in [the containment vessel at Fukushima Daiichi Unit 2], they’re finding that combination of hot steam — these are not just radioactive chemicals, but it’s a toxic mix of chemicals that are going to react with the steel. So there’s rust and hunks of nuclear fuel lying around, and steam, and it’s raining all the time because of the condensation,” he explained.

“I think it’s about as close to hell as I could imagine [emphasis added],” Gundersen added.

Gundersen recently wrote an article for Fairewinds.org, in which he described the explosive nuclear accident as something that no country in the world could have been prepared to handle. He states that what concerns him most about Fukushima is not what happened six years ago, but rather what is continuing to happen today — the “progressive and devastating impact on real people,” as Gundersen puts it. The nuclear expert says that he has met with dozens of victims and refugees who have lost their homes, their families, and their health to the aftermath.

According to Gundersen, no one knows where the nuclear cores of the reactors have gone and radiation continues to pour into the Pacific Ocean — and the protective ice wall that cost nearly half a billion dollars breaks on a regular basis. He says that there is a massive cover-up, wherein radiation-related illnesses are being attributed simply to “stress-related” causes instead.

“Nuclear corporations in Japan, in collusion with the Japanese government and banks, are still trying to recover their financial assets by attempting to restart old atomic power plants, even though a majority of Japanese want those nukes to stay closed,” Gundersen states.

Nothing exemplifies the cover-up more vividly than the Japanese government’s insistence that residents of a neighboring town less than 25 miles away from the Fukushima disaster site return home. The government purports that the area is safe, but a Greenpeace report revealed that many of the homes and the area surrounding them still boast insanely toxic levels of radiation. Activist Ai Kashiwagi likened the amount of radiation present in the small town of Iitate to getting a chest x-ray once a week.

Gundersen notes that there are a myriad of concerns still surrounding Fukushima: robots being fried by radiation, missing corium, and radioactive material that is leaking estuaries and aquifers, and contaminating groundwater as well as the Pacific Ocean. All of this will continue on for quite some time, especially given the lengthy half-life some of the radioactive compounds have. Some radioactive elements will be able to remain in the environment for nearly 25,000 years.

To put it simply, the impact of the Fukushima nuclear meltdown is practically beyond comprehension and the end is nowhere in sight.