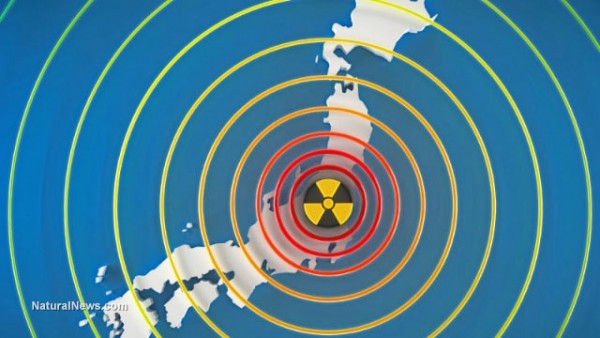 An animated earthquake map video produced by the U.S. NWS Pacific Tsunami Warning Center (PTWC) shows every recorded earthquake between January 1, 2001, and December 31, 2015, – the first 15 years of the 21st century.

The amazing and somewhat terrifying animation proceeds at a rate of 30 days per second, and reveals a great deal of constant activity around the globe – particularly along major fault lines located where tectonic plates collide, such as those of the Pacific “Ring of Fire.”

“The earthquake hypocenters first appear as flashes then remain as colored circles before shrinking with time so as not to obscure subsequent earthquakes. The size of the circle represents the earthquake magnitude while the color represents its depth within the earth.”

After showing the time-sequenced earthquake history, the video next shows all of the quakes from the 15-year period simultaneously. Then, earthquakes greater than 6.5 magnitude – ones big enough to trigger a tsunami – are shown.

Finally, the map shows only earthquakes with a magnitude of 8.0 or higher from the 15-year period.

It’s easy to see where the major activity occurs – along the Pacific Ring of Fire, which includes the west coast of the United States, Canada, Central and South America, as well as Japan, China’s coastal regions and many Pacific island nations.

Surprisingly, many of the world’s nuclear reactors are situated along the Pacific Ring of Fire and numerous other major fault lines.

The 9.0 magnitude earthquake that struck off the coast of Japan in 2011 was the most serious example of what can happen when a nuclear plant is not only built near a major tectonic fault line, but next to the sea as well.

The resulting tsunami caused a major nuclear accident at the Fukushima nuclear power plant – one that has still not been resolved or cleaned up. The Fukushima plant was built to withstand only a 7.9 magnitude quake – despite the fact that an earthquake of 8.0 magnitude or greater has struck northeastern Japan once every century for the last 400 years.

United States also at risk of a Fukushima-type accident

An earthquake-triggered nuclear accident on the scale of Fukushima – or worse – could easily happen in the United States.

“California, the land of earthquakes, has two nuclear reactors built near fault lines, Diablo Canyon and San Onofre. The alarming prospect is that the Diablo Canyon plant was only designed with a maximum stress level of 7.5. The San Onofre plant, built between the major metropolitan areas of San Diego and Los Angeles, has a maximum stress level of only 7.0. Again, all of this in prime earthquake country.”

The San Onofre plant, which is situated close to the ocean, has a concrete wall designed to withstand a 25 foot tsunami. The tsunami that struck Japan in 2011 was 33 feet high.

The Hanford Reactor, situated on the Columbia River in the state of Washington, is another potential disaster site. The aging facility with its eight reactors is already leaking radioactive coolant into the groundwater and could pose a huge risk to the entire region and beyond if a major earthquake occurred in the area.

Why are nuclear power plants being built on fault lines?

How could anyone be so stupid as to build a nuclear reactor along a major fault line? A 2011 report published by Harvard Law School may provide at least a partial answer.

In the paper – titled “Why Power Companies Build Nuclear Reactors on Fault Lines: The Case of Japan” – author J. Mark Ramseyer argues that the reason the Tokyo Electric Company built its reactor on a known fault line was because it knew it “would not pay the full cost of a melt-down anyway.”

“In nuclear power, ‘unpayable’ potential liability is routine,” Ramseyer wrote. “Privately owned companies bear the costs of an accident only up to the fire-sale value of their net assets. Beyond that point, they pay nothing.”

In other words – at least in the case of Tokyo Electric and the Fukushima plant –  companies who build nuclear plants are not financially liable for the potential damage they may cause.

And so it appears that they can build them wherever they want.