Why #Calexit is so dangerous to America: If successful, it would create a nuclear weapons beachhead for enemies of America 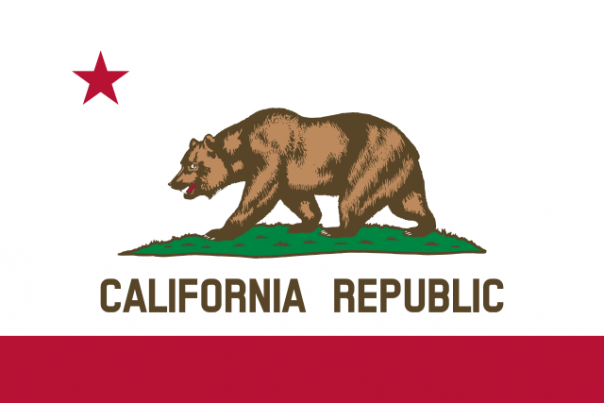 The only benefit Californians would receive from secession would be in their minds. Most CA residents are comprised from the privileged class, who detest their political affiliation with Red America. #Calexit is trying to exploit that, but the ideological purity it would achieve in the minds of Californians would be heavily offset by a worse life. The whole idea of a California departure is a joke at best. Imagine if the heartland seceded in response to a Clinton victory? (RELATED: Find more secession news at Secession.news)

The movement truly isn’t for Californians, although some may be fooled into perceiving it that way. Yes California’s Independence website is clearly addressed to Trump haters. They’re entitled to their opinion on Trump, but it’s very unwise to support a movement that uses his disapproval as a selling point. Calexit is gaining attention, but it’s highly unlikely to succeed.

Implications of a California departure

If California bailed on the US, the nations biggest source of blue electoral votes would vanish. The Senate would have two fewer Democrats and the House of Representatives would lose 38 Democrats. The liberal US 9th Circuit Court of Appeals would be irrevocably changed, and the US would be far less ethnically diverse than it is now.

California becoming a new nation would pose additional threats to the United States. It’s likely the new country would team up with several communist nations, including Russia and China. How scary would it be if those countries placed nuclear weapons on California and aimed them at the remainder of the United States? Yes California founder, Louis Marinelli, currently resides in Russia, he has already jumped the gun by opening a Calexit embassy in Moscow. Yes California is completely non-American and receives support from the Russian government. We cannot allow any organization, entity, movement, or belief system to take over California, plain and simple.

Leader of the Yes California Independence Campaign, Marcus Ruiz Evans, was actually a registered Republican when he helped form the group two years ago. Evans might have even voted for Trump, but he’s pitching independence to California progressives. Evans plans to circulate a petition for Calexit, but his reasoning for the departure is highly questionable.

“Californians are better educated, wealthier, more liberal, and value healthcare and education more than the rest of the country,” Evans said. “Our views on education, science, immigration, taxation, and healthcare are different.”

Are Californians better educated? California might be home to some great universities, but in many ways their schools are among the worst in the country. Are Californians wealthier? Not all of them, Minimum wage workers are faced with outrageous taxes and a lack of affordable housing. Californians can’t let Marcus Ruiz Evans speak on their behalf.

Evans acknowledged some of the dangers secession would propose, but naively dismissed them all. “No one is going to pull money out of California if it secedes” Evans wrote. In fact, several major companies have left California for states where it’s cheaper to do business; secession would impose even more costs on California businesses. Evans believes that if the banks are too big to fail, then so is a top 10 economy. The banks did however fail, and Washington surely wouldn’t bail out California post secession.

The fiscal impact of secession would be atrocious. The state and its local governments would experience major budgetary impacts. Just the one-time state and local election costs alone would be tens of millions of dollars. Yes California has until July 25, 2017 to gather 585,407 valid signatures from registered voters, otherwise the measure won’t qualify for the ballot. Hopefully Californians won’t be suckered by its anti-Trump marketing strategy. (RELATED: Find more Donald Trump news at Trump.news)