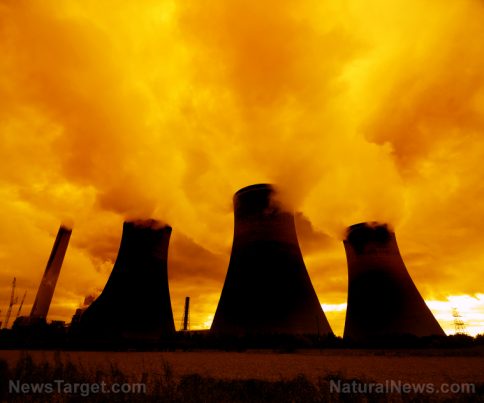 In today’s society, there is a lot of uncertainty about the future. We are on the cusp of a possible nuclear World War, as well as looming threats from natural disasters and other apocalyptic events. In such a time, it is a good idea to know where to go to survive such scenarios. There are currently five U.S. states that offer the best chance of surviving at least one of the above scenarios. According to a map presented by the Union of Concerned Scientists, Idaho, Montana, Wyoming, Utah, and Nevada are five states where there are currently no nuclear reactors, which makes them the safest places to be in order to survive a grid down nuclear power apocalypse.

However, before you load up a moving van and hit the road, be aware that an electricity-generating nuke plant is apparently in the works for eastern Idaho, but it won’t become operational until 2024. The project, which aims to replace traditional coal-fired power plants, calls for six to 12 modular reactors that can generate 50 megawatts of power each.

A grid down blackout situation in states with operational reactors could be a scary life-threatening disaster given the likelihood of nuclear fallout that could harm the population and contaminate the food supply.

“A prolonged outage across 15 states and Washington, D.C., according to the University of Cambridge and insurer Lloyd’s of London, would leave 93 million people in darkness, cost the economy hundreds of millions of dollars and cause a surge in fatalities at hospitals,” TheHill reported.

There have been repeated warnings about the vulnerabilities of the U.S. power delivery infrastructure, particularly to an electromagnetic pulse attack, and if the electric grid goes down, nuclear reactors have a high chance of failure. (RELATED: Read more about the nuclear threat at RadiationScience.com and Nuclear.news)

In a power failure, battery backup power systems that cool nuclear reactor cores with water will kick in to prevent overheating. Most of those backup systems operate for up to 24 hours before they run out of juice. While diesel or propane generators are present at many sites, they depend on the delivery of fossil fuels, which may be seriously disrupted. At that point, any affected reactor is prone to a meltdown. It could take days or weeks before authorities would be able to restore the power grid following a widespread emergency.

As Natural News explained a few years ago:

Though they obviously generate power themselves, nuclear power plants also rely on an extensive system of power backups that ensure the constant flow of cooling water to reactor cores… But if the emergency results in longer-term power losses, and backup generators run out of power, this constant flow of cooling water will eventually run dry. This is what happened at Fukushima, resulting in several reactor cores melting right through their containment structures into the ground.

Radiation sickness and death, contamination of the food and water supplies, and a collapse of essential services are among the projected outcomes in a nuclear apocalypse event. About a year ago this month, the FBI warned that the U.S. power grid is also vulnerable to cyberwarfare. By some estimates, a grid down scenario brought on by a natural disaster or a hostile attack could kill 90 percent of the American population.