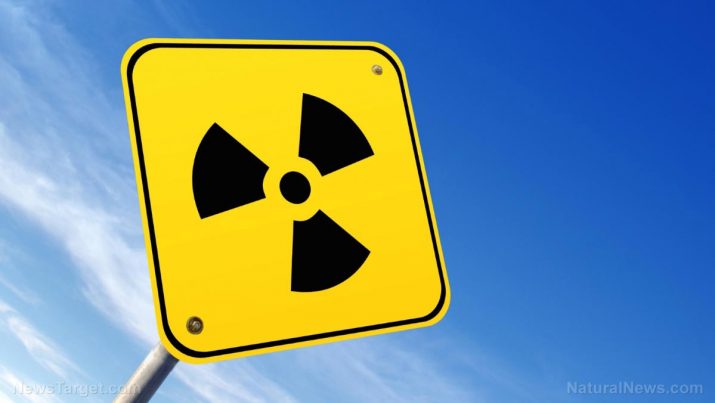 Nuclear experts have called it “an underground Chernobyl waiting to happen,” and now the Hanford Nuclear Reservation 200 miles outside of Seattle has gone into lockdown after a tunnel filled with highly contaminated nuclear waste collapsed. Around 4,800 people working there were instructed to either evacuate or take cover. As the situation intensified, they were advised by a manager to secure the ventilation in their buildings and avoid eating or drinking.

According to officials, a patch of ground above the tunnel collapsed. Initial reports placed the collapsed area at around 16 square feet, but this was later revised to a far more concerning 400 square feet.

The tunnels were originally built during the mid-1990s to hold rail cars filled with radioactive equipment and are made out of wood and concrete. They span hundreds of feet in length and are covered by around eight feet of soil. The area of the collapse is near the junction of two such tunnels. The tunnel where the collapse occurred contains just eight rail cars, while the adjoining one holds 28 rail cars, all loaded with nuclear waste.

The massive plant, which is around half the size of the state of Rhode Island, made plutonium for the U.S. arsenal of nuclear weapons for decades. It contains four-fifths of all of the spent nuclear fuel rods in the nation. A private contractor has been cleaning up the site, which contains 56 million gallons of nuclear and chemical waste in hundreds of underground tanks.

Skepticism about safety of site

While officials have said that there are no signs of a radiological release, the facility does contain radiological contamination and has been a cause of concern for years. The fact that robots were sent in to check the contamination on the ground and in the air is only compounding fears. You might recall that in the immediate aftermath of the Fukushima meltdown, the Japanese government told people that there was no need to worry, and look at how that turned out!

Workers are now filling up the hole with soil after crews spent the night creating a gravel road to accommodate heavy equipment. It is believed that it will take around 50 truckloads of soil to stabilize the part of the tunnel in question. A misting machine has been brought in to keep dust down, but workers are donning protective suits and masks, as an extra safety precaution. There are concerns that the wind could suck some of the materials out of the tunnel and bring them out into the environment.

Prior to the collapse, the tanks were leaking radioactive vapors and toxic chemicals that are being blamed for brain and lung damage as well as cancer. In March 2014, 26 plant workers were hospitalized with health problems in just a two-week period. A former truck driver at the site suffered severe injuries after coming into contact with leaked radiation there, and he says officials knew about the spill but did nothing to stop him from going there. He says that while the site has an official policy stating that workers should feel free to present their concerns to management, most are afraid of losing their jobs by speaking out. The firm that was tasked with managing the site at the time, CH2M Hill, was slapped with more than $300,000 in fines from the Department of Energy for a series of nuclear safety violations.