Lockheed Martin’s “truck-sized” fusion reactor for unlimited energy turns out to actually be 100 times larger than originally claimed … but will it work? 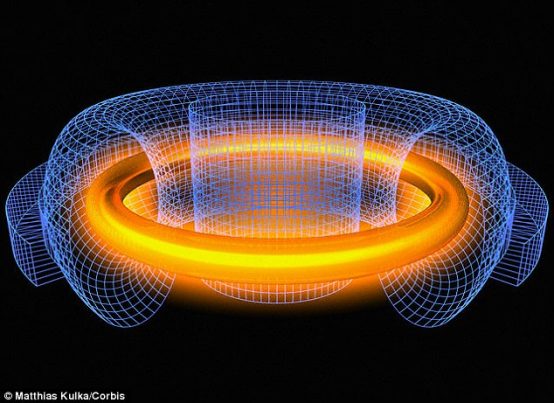 The world’s largest defense contractor is experiencing some major hiccups with a new project it’s been working on that, should it be a success, could solve the world’s energy crisis. A nuclear fission reactor that Lockheed Martin had earlier announced would weigh only 20 tons and be small enough to fit inside the back of a truck is actually turning out to be at least 10 times that size, according to new reports. And nobody knows for sure that it will actually work once it’s completed.

When Lockheed first announced the project back in 2014, the company indicated that the final iteration of the reactor would be “compact” and capable of producing unlimited energy. But three years have passed and technical specifications recently released by Dr. Matthew J. Moynihan, a self-proclaimed “nuclear fusion evangelist” from Houston, Texas, show that this supposedly compact device has morphed into a behemoth, now measuring some seven meters in diameter and 18 meters long.

Similar in size to a submarine, the reactor is designed to put hydrogen atoms under high heat and pressure in order to “fuse” them into helium atoms. When the tritium and deuterium nuclei in hydrogen fuse together during this process, they form both a helium nucleus and a neutron, generating an incredible amount of usable energy in the process. In terms of the heat applied, temperatures are said to reach in excess of 150 million degrees Celsius, forming what’s known as hot plasma.

“Based on the newest numbers – the CFR is not as compact as we had thought,” Dr. Moynihan wrote in a recent post on his personal blog, The Fusion Blog. “The core looks to be over 50 feet long and 20 feet in diameter. A hot plasma will sit inside this ~16.3 cubic meter space. That is enough space to fit two yellow school buses, with some extra room.”

What makes the technology so incredibly promising is the sheer amount of heat generated in the plasma. The fuel is kept at optimally high temperatures inside the core using strong magnetic fields that keep it away from the walls of the device, maintaining maximum energy potential. Neutrons produced by an electrical current and superconducting coils surrounding the vessel transfer heat through the reactor walls, driving a turbine that produces what experts say is a limitless supply of energy.

The key to developing a successful fission reactor is designing it such that it’s able to hold a large amount of plasma, and keep this plasma as hot as possible. Lockheed’s design stands to accomplish both, though making this a reality has meant having to greatly expand the size of the vessel. And while it holds incredible promise, the project is far from producing a workable unit that meets Lockheed’s promised specifications.

“Certainly I’d welcome fusion as part of the world’s energy mix, but this announcement is a long way from a working prototype, let alone a commercially viable power generator,” Dr. Joel Gilmore, Principal at Renewable Energy & Climate Policy at Roam Consulting, is quoted as saying by the U.K.’s Daily Mail.

“Fusion requires incredibly high temperatures and pressures, which is challenging, and a lot of people have been working on fusion for a long time. So I won’t get too excited yet.” (RELATED: You can keep up with the latest developments in clean energy by regularly visiting GreenEnergy.news)