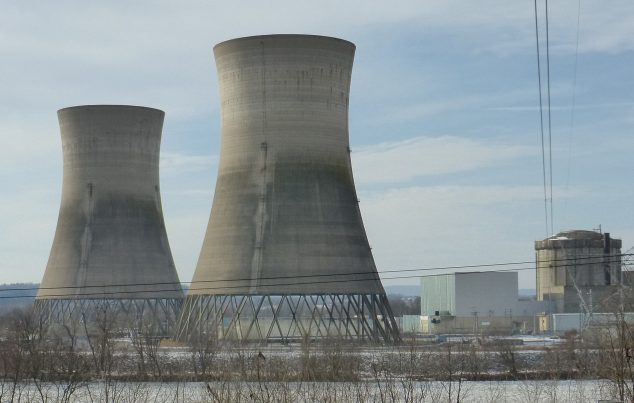 When a partial meltdown struck the Three Mile Island nuclear generating station near Harrisburg, Pennsylvania, in March 1979, the United States Nuclear Regulatory Commission tried to downplay the incident. Much like the officials involved in the Fukushima meltdown, they said at the time that the radiation released into the environment was only in small amounts and had no detectable health effects. However, researchers have finally shown a correlation between the Three Mile Island meltdown and cases of thyroid cancer in the surrounding counties.

In a study led by surgery professor Dr. David Goldenberg of Penn State College of Medicine, researchers examined tumor samples from people who lived near Three Mile Island when the incident took place and continued to live there afterward and eventually went on to develop thyroid cancer. The areas in question were in York, eastern Cumberland, western Lebanon, Lancaster, and Dauphin counties. In total, they looked at 44 patients treated at Penn State Health’s Milton S. Hershey Medical Center for papillary thyroid cancer, the most common type, in the years from 1974 to 2014.

Researchers divided the participants into groups depending on their risk level, with those who developed the cancer between 1984 and 1996 considered to be at risk because this corresponds to the latency period for radiation-induced thyroid cancer. Those who developed cancer outside of that period were used as controls.

In their study, they noted a clear shift from cancer mutations from random causes to those consistent with exposure to radiation. Thyroid cancer caused by radiation exposure has changes in its molecular makeup that distinguish it from sporadic thyroid cancer.

According to the study, these observations are consistent with those in other populations that were exposed to radiation. An extensive vetting process was used to ensure the patients lived in the at-risk counties at the time of the incident and in the years afterward.

Dr. Goldenberg told USA Today that he was inspired to carry out the study after hearing anecdotal evidence of a connection, saying: “I’m always wary when people say, ‘There’s nothing to see here.’”

He added, however, that even though Pennsylvania leads the nation in thyroid cancer cases, most cases are not related to Three Mile Island. While he said his results definitely show a correlation, it isn’t quite conclusive given the number of patients involved. Next, the researchers are hoping to examine tumor samples from patients from other regional hospitals to see if the pattern holds up.

These findings and any follow-up research could prompt a slew of lawsuits. In 1996, a U.S. District Judge ruled there was insufficient evidence linking radiation from the plant to the health problems experienced by a group of around 2,000 people in a class action lawsuit.

These days, the Three Mile Island nuclear plant is no longer profitable. It has lost $300 million over the last five years, and it recently failed to get a contract to sell the electricity produced there on the power grid for the third year in a row. Reuters reports that the company that owns the plant, Exelon Corp, recently announced it will close the plant down in 2019, but that’s far too late for the people whose health has been ruined by exposure to its radiation.