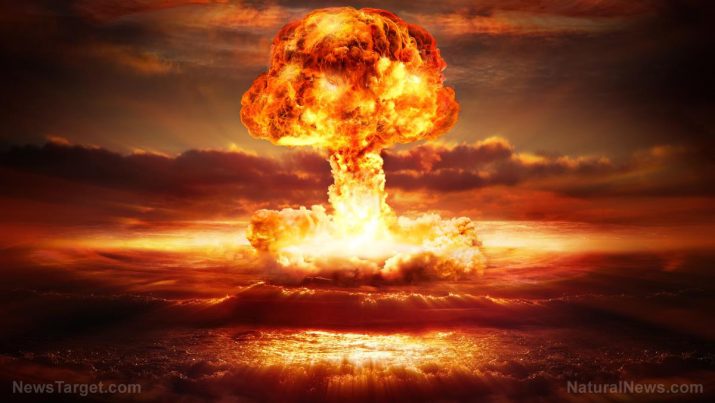 It’s not something that most of us like to think about, but the chances of a nuclear weapon one day striking the United States are gradually increasing. The tyrannical psychopath that currently runs North Korea, Kim Jung-un, has made repeated threats over the past several months against the U.S., while simultaneously conducting routine missile tests as if trying to provoke us. North Korea’s ally, Iran, is also working relentlessly to build a nuclear weapon, no thanks to the disastrous nuclear deal negotiated by Barack Obama and former Secretary of State John Kerry. Considering all of these very real threats that exist today, it is important to understand not only what a nuclear attack would look like, but also what supplies you’ll need to survive one.

It is recommended that you have an emergency kit prepared that has the ability to last at least 48 hours after the initial blast, considering the fact that the first two days is the period in which the human body is most susceptible to radiation poisoning. However, if for some reason you are caught without an emergency kit, Brooke Buddemeier, a health physicist and radiation expert at Lawrence Livermore National Laboratory, says that you need to get your hands on four essential items.

Buddemeier told Business Insider that the most important item you can have to help yourself survive a nuclear attack is a radio, ideally one with a hand-crank and a USB port for charging. Buddemeier says that “If you have a cellphone, that’ll work too,” but a radio is better because it won’t be affected by damage to cell towers like cell phones would.

Second on Mr. Buddemeier’s list is one gallon of water per person per day to help your body stay hydrated in an environment where water won’t be nearly as accessible as it normally is. Buddemeier also says that water can be used to rinse off radioactive material that may have collected on your clothes.

Third, Mr. Buddemeier said, “I would probably grab a breakfast bar or two to stave off the hunger a little bit.” Food, just like water, will most likely be more difficult to obtain in the event of a nuclear attack, so it’s good to have some snacks or even some meals prepared so that you won’t go hungry.

Finally, Mr. Buddemeier advises that you get your hands on any important medications that you might need so that you can properly take care of your body and your overall health.

One thing that Brooke Buddemeier advises against is grabbing non-essential items like televisions or laptops immediately after the nuclear blast, because it will expose you to too much collected radiation.

Buddemeier told Business Insider that while “We may not be able to do much about the blast casualties, because where you were is where you were, and you can’t really change that,” it’s important to keep in mind that “fallout causalities are entirely preventable.” Buddemeier added, “In a large city… knowing what to do after an event like this can literally save hundreds of thousands of people from radiation illness or fatalities.”

If you are serious about preparing for a potential nuclear strike, you would definitely benefit from purchasing an emergency Ranger Bucket from the Health Ranger Store, which is full of organic, non-GMO food items that are laboratory tested for heavy metals and entirely free of chemical ingredients like MSG and preservatives. Also, for a limited time, Ranger Buckets include special bonus gifts that will help you in an emergency situation, including an outdoor mini camp stove, a Ranger Gear survival kit, a folding credit card knife and more. For more information, visit HealthRangerStore.com.