Are the world’s two most populous, nuclear-armed countries about to wage war against each other? Time to get prepped for the fallout 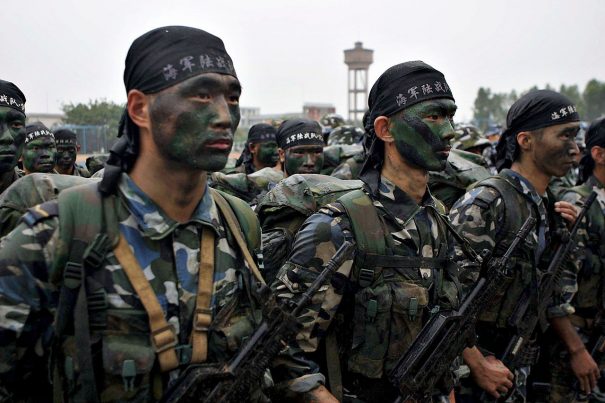 There is a tiny, little-known corner of the planet that has the potential to engulf two nuclear-armed countries with 2.7 billion of the world’s 7.5 billion people in all-out war, and virtually no one outside of them knows it. But as a prepper, you need to know so you can start making plans to survive should the situation escalate.

As reported by Bloomberg Politics:

China and India…have been in an “eyeball-to-eyeball” military stand-off over territory in Bhutan, a kingdom in a remote area of the Himalayas, since mid-June. The flare-up, one of the most serious since China won a border war in 1962, comes as the two rising powers jostle for regional influence. The current dispute is near a three-way junction between Bhutan, China’s Tibet and India’s Sikkim.

The area in question, located near the Doklam Plateau, is vital to New Delhi because all land-based commercial and military traffic between India’s northeastern areas and the remainder of the country passes through a small strip of land known locally as the Chicken’s neck — or, more formally, as the Siliguri Corridor. (Related: Pentagon: China Is Restructuring Its Military For War As It Boosts Troop Levels Near Indian Border.)

At present, both India and China have some 3,000 troops facing off against each other on either side of the plateau; Indian defense officials believe that the corridor must be defended because it could be used by Chinese forces to invade lower India in case of war. And India is already spooked by China’s rapid military modernization and expansion.

There have long been border disputes in this and other parts of the India-China border — conflicts that date back to an 1890 convention between Britain and China. That diplomatic effort was supposed to define the location of the India-China border, but as Bloomberg Politics notes, the agreement contains a contradicting provision that gives both countries the right to claim support for its position.

Taylor Fravel, an expert who studies border disagreements at MIT, notes that India says the border is located at Batang La, but China disputes that and says it is located at Mount Gimpochi, which is three miles to the south. If Beijing is right, then it gains full access to the Doklam Plateau.

“All three sides agree that a People’s Liberation Army road-building team entered the Doklam Plateau and started construction,” Bloomberg Politics reported. “India said that its troops entered Bhutan’s territory ‘in coordination’ with Bhutanese authorities to stop the Chinese road builders. There are now about 3,000 troops on each side on the plateau, according to the Times of India. It is the first time that Indian troops have confronted China from a third country.”

Where will this end? Most experts say they believe Chinese and Indian diplomats will work out a solution following a protracted stand-off. But there’s no guarantee; even though fighting will not serve the interests of either nation, being the first to back down also means that whichever country does so will be showing deference to the other at a time when both are attempting to exert more influence and control over the entire southeast Asian region.

“Neither side wants to be the first to withdraw troops,” Bloomberg Politics notes.

So why does this matter to you? Simple; if these two nuclear behemoths decide to unleash their full arsenals on each other, the fallout will reach you at some point, no matter where you are on the planet.

In order to mitigate the effects of radiation you should:

— Get some radiation blocking protection in the form of potassium iodide and/or Cesium Eliminator if you haven’t already;

— Stay up-to-date on what is happening in this tiny corner of the world between these two nuclear-armed countries containing nearly one-third of the world’s population.

Chances are better than average that this will not escalate into a nuclear exchange, but no one can tell the future. Better to be prepared than caught unprepared.