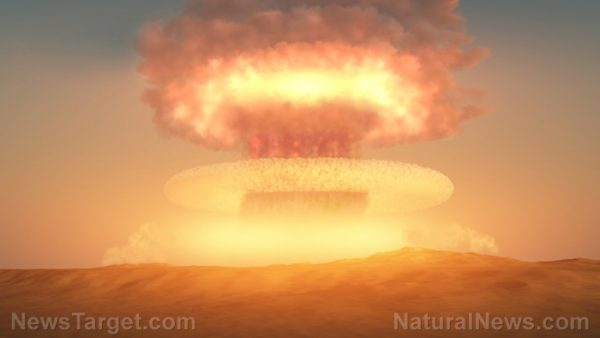 Between North Korea, which has been ramping up its anti-American rhetoric and conducting multiple missile tests in recent months, and Iran, which is continuing the development of a nuclear weapon no thanks to the disastrous nuclear deal negotiated by Barack Obama and former Secretary of State John Kerry, many Americans are currently living in fear of massive attack on U.S. soil. Indeed, a nuclear strike on one of America’s populated cities would more than likely result in the death of millions, and would cause mass hysteria from coast to coast. Although this may not be something people like to talk about, in this day and age, it is a very real concern.

In fact, the threat of a nuclear bomb being dropped on the United States is so real to so many people that some are even beginning to prepare. Many Americans have taken matters into their own hands and have started to stockpile food and ammunition. Others have gone as far as creating their own underground bunkers to hide themselves from the dangers of a post-apocalyptic world. And some are even purchasing iodide to protect their bodies against nuclear fallout, the effects of which could be lethal.

At a local army supply store in Royal Oak, Michigan, for instance, store manager Ben Orr is having trouble keeping products on his shelves. “We’ve been very busy,” Orr said in an interview with WWJ’s Sandra McNeill. “It’s definitely an increase, just in selling all the normal prepper stuff, end of the world stuff. A lot of water prep stuff, food, MREs – the military meals.”

But despite the bugout bags and the MREs, there is one item in particular that Orr is selling at a faster rate than most of his other products: the radiation antidote known as potassium iodide.

“It actually stops your thyroid from absorbing any radiation,” Orr explained. “So, it fills your thyroid with iodine, which it normally does anyways. Your body can’t tell the difference between bad, radioactive iodine and acceptable iodine, so it actually will stop you from getting thyroid cancer.”

Of the iodide, Orr said, “It’s supposed to work. It’s FDA approved. But they also recommend you don’t take it unless the government says to take it. Unless people are scared of something, we don’t really ever sell it.”

In addition to iodide, Orr explained that gas masks are another big item that people have been asking about, but his store only sells them as novelty. “A lot of them are out of date and we don’t guarantee them to work,” Orr said.

In the event of a nuclear attack, there would be very little you could do to survive a nearby blast. However, in addition to stocking up on items such as iodide, food and water, there are still a few things you can do to give yourself the best chance of making it through not only the initial blast, but also the fallout that comes afterwards.

Needless to say, the goal of those who are serious about surviving a nuclear strike should be to expose themselves to as little radiation as they possibly can until the outside world once again becomes inhabitable. You may consider taking the time to build a fallout room somewhere inside of your home, which is a room free of external walls to prevent fallout from getting in. If you do go ahead and create a fallout room, be sure that it is in an area that is as far away from the roof as possible, such as a basement.

It is also a good idea to stack the walls with as many solid items as you can to prevent nuclear fallout from creeping through from the outside. Bricks, cinder blocks and sandbags are all good options for stacking the walls; the heavier the structure is, the more of a chance that your body won’t be exposed to fallout.

However you decide to prepare for what could potentially turn into a third world war, it’s important that at the very least you start taking precautions. You never know when it will be time to fight for your own survival.