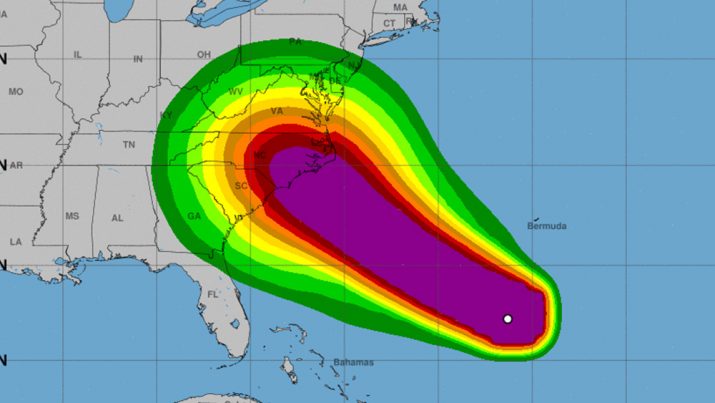 ALERT: The U.S. Nuclear Regulatory Commission has now declared an emergency at the Brunswick nuclear power facility due to extreme flooding. The facility is running a “hot shutdown” sequence, and all personnel are currently blocked from accessing or entering the structure. This has been declared an emergency “hazardous event” by the NRC. See full details here.

Hurricane Florence, currently a category 4 hurricane, is barreling toward 12+ nuclear power facilities situation along the U.S. East Coast. What happens when a hurricane achieves a direct hit on a low-lying nuclear power plant built using the same failed design that caused Fukushima to melt down and explode?

It’s not good. “Catastrophe” doesn’t even begin to describe it. Imagine the entire U.S. Eastern seaboard being rendered uninhabitable for three centuries due to cesium-137 contamination from the fallout of a nuclear meltdown. That’s the kind of worst-case scenario that’s possible, and the events of Fukushima proved to the world that it can happen even when we’re all assured it won’t.

While the chance of the worst-case scenario unfolding may be small, it isn’t zero. And if you’re not prepared for all potential outcomes, you can be hurt badly by unexpected developments. In fact, as we saw with Fukushima, you can even be killed by such events.

In this video exclusive — posted only on REAL.video — I lay out the science-based warnings of events that can threaten your health and safety:

Even if you’re not in the direct path of the hurricane, many of these effects can ripple across the landscape and impact you in other ways. Radiation, for example, can spread for hundreds of miles. Fuel shortages can have nationwide impacts. Water failures can impact millions of residents across large metropolitan areas.

Watch this important public safety video to fully understand the threats we may face from this devastating storm. You’ll learn about the likely risks as well as preparedness strategies that can help save your life, even in worst-case situations.

This menacing hurricane makes landfall this Friday morning, according to current NOAA projections. The exact location of the strike isn’t yet known, of course, but a worst-cast hit could put the eye of the hurricane very close to the Brunswick power plant, causing a heavy storm surge of ocean water.

We pray for all those who may be impacted by this approaching storm. Get prepared now, well in advance, and evacuate if you’re in the danger zone. Your safety depends on taking decisive action ahead of the landfall.

NOTE: REAL.video will be featuring all hurricane-related videos from Friday through Sunday. All “editor’s picks” will be related videos. Check REAL.video as our thousands of users post updates from along the East Coast. 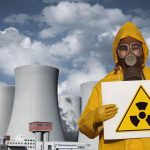 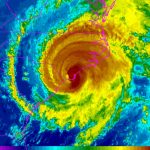 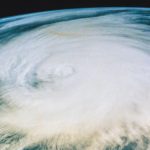 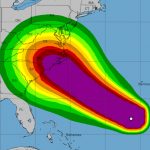 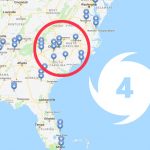