REPORT: 1950s Soviet nuclear catastrophe was covered up for decades 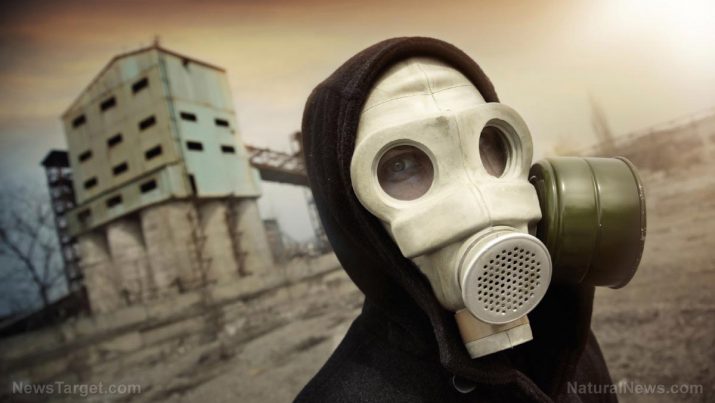 A recently uncovered report by the Institute of Biophysics in Moscow revealed that Russia has covered up a disastrous nuclear weapons test, one that was reportedly four times worse than Chernobyl, that occurred in the 1950s. The covered-up report was found in the archive of the Institute of Radiation Medicine and Ecology (IRME) in Semey, Kazakhstan. Semey was formerly called Semipalatinsk.

According to NewScientist.com, a faulty Soviet nuclear test that was carried out in August 1956 at Semipalatinsk in Kazakhstan caused the burning of the city of Ust-Kamenogorsk. As a result, more than 600 people were hospitalized due to radiation sickness, while at least 100,000 people, while also falling victim to radiation’s harmful effects, were lucky to not have been hospitalized. The report also found that a scientific expedition was sent out to Semipalatinsk following the explosion, which noted a widespread radioactive contamination of soil and food and radiation sickness across the Kazakh Steppe, an open grassland area in the north. The expedition team then monitored the effects of the explosion while nuclear tests continued. However, the catastrophic event has been kept a secret for many years.

Despite having suffered a disastrous fallout in the area, Semipalatinsk continued to be the site of nuclear bomb tests. As per the report, more nuclear bombs were tested at Semipalatinsk than anywhere else in the world during the 1950s and early 1960s. Since the break up of the Soviet Union, western media practitioners have covered stories about the apparent effects of a series of nuclear tests on the residents living near the area.

The aftermath of the faulty nuclear bomb test

A month after the fallout, in September 1956, clouds continued to engulf Ust-Kamenogorsk and radiation dose rates remained at 1.6 millirems per hour in the area, which was a hundred times the radiation rate that was considered safe by the International Commission on Radiological Protection.

Radioactive substances also continued to contaminate Znamenka, a village near Ust-Kamenogorsk, for five years. Incidentally, radiation fallout was more intense in the area than in Ust-Kamenogorsk. Military medical officers who visited Znamenka after the nuclear test noted that three people suffered from acute radiation sickness.

The scientific expeditions resulted in the establishment of a Moscow-controlled specialty clinic, which monitored the persistent radiation and its subsequent effects on human health. For a long time, the facility was named Anti-Brucellosis Dispensary No. 4 in an effort to cover up the clinic’s real activity, which remained top secret until 1991.

Following the collapse of the Soviet Union, the dispensary became IRME. However, the institute’s current chief scientist, Boris Gusev, noted that many reports on the catastrophic event were either taken to Moscow or destroyed prior to the organizational change. The total number of people who died due to the explosion still eludes scientists today. According to the institute’s director, Kazbek Apsalikov, much of Semipalatinsk is now safe to live in; however, some areas may not become completely livable again.